In the early 20th century, doctors discovered that if the body were devoid of all glucose, it would convert fat cells into ketones to fuel brain function.

This process prevented over 50% of all epileptic attacks. This led to the birth of the ketogenic diet, which used a High Protein, Moderate Fat, and Zero Carb approach to force the body into ketosis.

A side effect of the keto diet was that it led to tremendous amounts of fat loss since the calorie consumption was extremely low. In a nutshell, the logic of the diet is:

1. Bring down the blood glucose as far as possible. Let the muscles and liver be drained of glucose.

2. The body will have to turn to dietary fat for energy, converting it into ketones to fuel essential functions.

3. If the calories are sufficiently low, the body will burn body fat to obtain energy.

4. Even if the calories are a little high, the insulin surge is very low. Therefore, it is much harder for the body to store body fat, and in general, there is a favorable environment for fat loss.

5. High protein will protect the muscles from atrophy, allowing the BMR to stay elevated.

Perhaps the most famous Keto Diet is very similar to the Atkins Diet, which limits foods like carbs significantly to reach success. But just like any other fad diet, keto has its own share of pros and cons.

We are assuming that the individual is training in the evening. The order of the meals can be changed accordingly.

It is important to remember that the keto diet was invented for those with epilepsy. While those suffering from it cannot eat any carbs at all, for fat loss, a small number of carbs can be beneficial as it will help prevent most of the side effects of keto.

It is generally accepted that 100g of carbs consumed during and immediately after a workout will prevent almost all of the side effects of the ketogenic diet. Also, if the trainee does exercise hard, 50g – 100g of carbs would be sufficient. These carbs should be in the form of high-fiber fruits.

Diet For Glowing Skin This Summer 2022 [5 Top Super Foods to Add in Your Diet!]

Everyone wants their skin to be radiant and flawless. However, various elements prevent your skin from obtaining the necessary levels of skin perfection, including the

Dr. Loren Cordain’s famous book, The Paleo Diet, has been widely acclaimed in scientific and lay communities and published in 2002.  The basic ideas date back

International Women’s Week 2022 has started, and we are talking about womens’ one of the strongest and largest muscle groups—Glute Muscles and the importance of

This blog will enlighten you to the reality of healthy lifestyle full of food, consistent training routines and regular fitness challenges without any crash diets or fake unfulfilling promises. 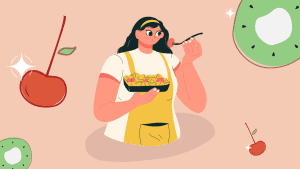 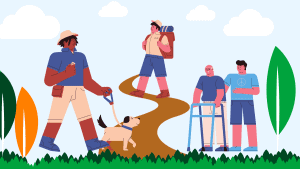